A bit of theory

Often Mac OS X users are faced with a problem when Apple computers do not see WiFi networks operating in the 5 GHz band or such networks periodically fall off. The main problem in this case arises from the fact that Mac OS X likes to restrict the use of channels and bands due to the different regional requirements.

Emergence of the problem, consider the example of a computer from Apple, officially delivered to Russia, installed inside a card from Broadcom.

To remove the data on the current mode of the adapter WiFi, and work with the router settings, you need to look into the application "System Information" section in WiFi. So is there a way to see is the same thing in the terminal, all the quotes below in this article were obtained just from the terminal command:

In response, we are interested in the current settings of your WiFi adapter:

This example shows that we adapter from Broadcom, and seen the current mode of the adapter 802.11 a / b / g / n and supported channels. Also contains the country - X2.
In this case, X2 - a basic regional code stitched into maps Broadcom (in the internal eeprom-memory) for all Apple computers are officially sold in Europe (including Russia). Basic regional code sets the default frequency at which you want to search for routers on the first scan. For Apple computers sold in other regions - the underlying code will have a value of X0, X1 or X3.

The first scan starts checking MacOS Live with 2.4GHz range and be available for a list of routers in the air , then to connect to the router with the highest priority set in the network settings in MacOS. Parallel MacOS is also trying to define a region in which the computer to adjust the regional restrictions - it makes MacOS protocol 802.11d, and as soon as the country sees the broadcast protocol 802.11d first got it from the router , there also changes the list of available channels and modes of operation obtained in accordance with the country.

See this change regional settings can be in syslog (kernel.log):

Also immediately, though changing information about the current operating mode in the terminal by the command system_profiler SPAirPortDataType:

In this case, instead of the code base became X2 appear region code TW and changed channels available for use .

Further search networks already occurs on an updated list of available channels , and very often because of this there are situations when no longer see MacOS routers operating at frequencies that are not in the updated channel list , especially those working in the 5GHz band .

Moreover, this problem manifests itself most strongly when we desire 802.11d protocol router is disabled and many broadcasts around the neighboring routers, which 802.11d activated and MacOS have to use regional settings with these strangers routers.

In moments of a situation where the computer does not see Apple's operating network in 5 GHz band, you need to look at the current terminal mode adaptera.V response pay attention to selected parameters:

This example shows a situation where the country found Mak TW (Taiwan), and amended the list of channels to meet regional requirements. The country brings a lot of trouble TW users MacOS, as well forbids work on the 5 GHz band on channels 36, 40, 44, 48 and 52, because they are banned for use in Taiwan.
And if our router runs on one of these channels, the MacOS to see him not be able to.

In this situation, the driver for the Broadcom card detection country RU - disables N. That is, in the 2.4 GHz band can be used only mode 802.11b / g, and in the 5 GHz band can be used only if mode 802.11a.Sootvetstvenno on the router for 5 GHz worth mode n-only - you see her poppy can not. To somehow able to connect the router to the network operating at 5 GHz, a router in the network settings must stand 5 GHz mode 802.11a / n - in this case the Mac with a card from Broadcom connect to a mode , but will operate at maximum for this mode speed 54 Mbit / s ...

A similar behavior occurs with the country UA:

To identify the source of the problem, from which a macro takes troubled countries need to run in the terminal ester scan command:

/System/Library/PrivateFrameworks/Apple80211.framework/Resources/airport -s
In response, we have a list of routers that sees our Mac:

This report clearly shows the regional settings of the router. Look for this column CC (Country Code): - for routers with disabled 802.11d protocol we see dashes. - For routers broadcast regional code will see two letters.

The first thing worth checking out is to look at the regional settings of your router which can be seen in the terminal command above. If there is a column for our SS router contains the problem country TW, RU, UA, then you need to setup the router to change it to a country where fewer restrictions , such as the US, UK, DE ... If our router are dashes - that means that the router is turned off all broadcasting regional settings via 802.11d, which is very bad for MacOS, as Mack will miss the first country to hit the airwaves of another router. In this case the neighbors can be all sorts of regional settings , and MacOS will constantly roaming over multiple channels dospupny to use - it just leads to a situation where Mack periodically sees 5GHz network .
Hence the most important decision - 802.11d protocol should always be included in your router , to get rid of extra problems with MacOS. It is also desirable to translate the network broadcasting the 2.4 GHz in its router to channel number 1 , so that when our initial search router caught earlier neighbors , and regional code Makos took from our router instead grabbed a neighbor first got ... Also there is a radical solution to this problem - to patch the WiFi driver from the MacOS, disabling it work 802.11 . Thereafter Makos will not pay attention to the regional settings of the routers and the list of available channels and ranges will be unchanged.

The situation with the disappearance of the 5 GHz network mostly manifested in conjunction computer from Apple and third-party routers ... Especially problematic routers are from TP-Link, although recently pulled them and ASUS: all modern routers from ASUS (rt-n56u, rt-n66u, rt-ac66u etc.) 802.11d protocol is disabled by default that just drives described in this article the problems ...
To activate 802.11d on routers from ASUS need to use Telnet. For example, a recipe for ASUS rt-n66u:

Do routers from Apple - fewer problems , but also has ...
Protocol 802.11d, vital for proper operation of MacOS, by default all routers from Apple , and nowhere in the settings does not turn off - it was good.
But the choice of the country should be treated carefully:
In routers Apple officially delivered in Russia - have to use the choice of country Russia (RU), but its use is not recommended. Because of this mode will disappear N on Macs with Broadcom, or 5 GHz Macs c Atheros, as I said above .
Therefore Apple routers for Russia must be changed to any European country , such as Finland ...

Helped me - and let God help you))
Print   Email 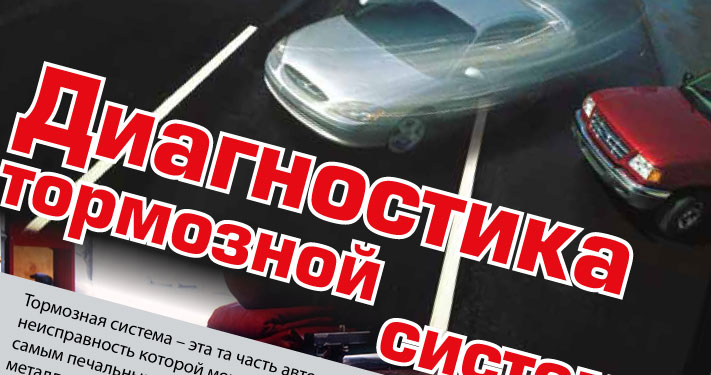